Well, this is it – finally time for us to head back to Scotland. There I’ve said it, although still can’t quite believe it.  In fact we’re now less than a month away from leaving the city we came to in 2005 for a one-year lark.  Ten years on and Delhi in many ways now feels more like home than Edinburgh.

It’s going to be a period of adjustment to put it mildly.  Needless to say, we’re in reflective mood and our days seem to be full of potential ‘lasts’.  The last time we see friends; the last time we go to our children’s school; the last time the peacocks flap onto the balcony; last mangoes; last poha breakfast in bed; the last time we see the horse-drawn vegetable cart; the last visit to the spice merchants; just one last aloo tikki, chhole bhaure, bedmi aloo, egg parantha, mutton korma…

Inevitably I had to think about what might be my last Eat and Dust post. I was looking back through the archives this morning though, and as well as wallowing in all the incredible memories, I was struck by how many personal ‘firsts’ there were  along the way.

I started the blog back in 2009,  after years as a freelance journalist writing about anything and everything, so that I could focus on what I really wanted to write about – food.  It turned out that India provided  me with more material than I could ever have time to blog about, even if I stayed another 10 years.

The first post was called ‘Long Live Uparwali Chai’ – a slightly eccentric look at what culinary delights the Scots had left behind in India over the generations – including a Himalayan speciality that looked suspiciously like a deep-fried Mars bar!  That line of research  became a feature for the Sunday Times – my first professional piece of food writing.

‘Upar Wali Chai’ went on to become the name of Delhi’s first pop-up event, a series of high teas which I ran with my great friend Laura. 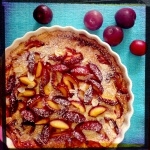 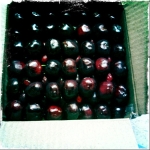 The Piece of Cake column is coming to an end but I’m delighted that I’ll be starting an exciting new one – beyond baking this time, but still in Lounge.  Coming soon.

One of my early posts was about the food of Old Delhi and it wasn’t long before my relationship with the food and people of  Old Delhi started to eclipse everything else.  The obsession eventually became my first book- an extended love letter to the old city – Korma, Kheer and Kismet, published last year. 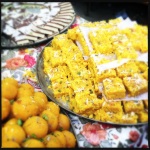 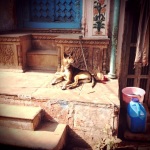 I’m not sure how I’m going to cope with not being a 20 minute metro ride from some of the places I’ve loved most – Ashok and Ashok’s mutton Korma, Old and Famous jalebis,  Jamal Siddique’s kheer – there are definitely going to be dark and hungry days ahead!  (Although there will be some compensation to be had from fish suppers and the fabulous Edinburgh farmers’ market).

As we start to do our round of goodbyes, I’m trying to make sure that every sight, sound and sensation is recorded  – Instagram may break in the next few weeks – I’ve even started to take little audio clips of the birds outside our bedroom window in the morning and the call of the kulfi-wallah in the evening.

Happily, though, we’re not likely to let go of  India in a hurry.   Both Dean and I plan to come backwards and forwards as much as we can.  And as well as my Mint column,  I’m also hoping to organise some food tours and am working on a proposal for another Indian food book.  Fingers crossed.

So chin up –  hopefully this is not goodbye, but the first of lots of little  ‘tatas’.  And a huge thank you for looking in every now and then.

40 thoughts on “Missing You Already!”